Culinary gifts of a good-fairy house 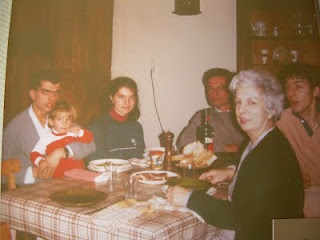 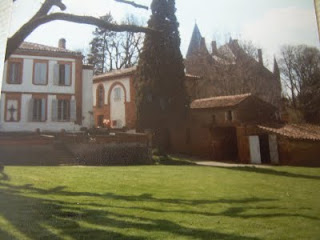 (Photographs are 1/the house from the back, with dependencies on right hand side and beginning of the parkland garden in front, and looming over it on the right also is the castle of Empeaux. 2/my parents and three youngest siblings at the Nouvelle Terrebonne kitchen table in 1984--my brother Louis is holding my then 2 year old daughter Pippa.)
Posted by Sophie Masson at 3:59 PM